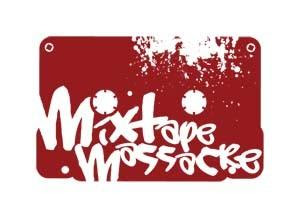 On January 28th 2010, the CRTC voted in majority to revoke CKLN 88.1FM's broadcasting license. This decision would have seen Toronto’s oldest campus based community radio station go off the air on February 12th. Last week saw CKLN get a grant of stay which will allow the station to continue to broadcast until the Federal Court of Appeal considers CKLN’s request for leave to appeal from the CRTC’s decision sometime in April?
Last week could of been the last show for the Mixtape Massacre but thanks to the Grant of Stay they came up with a little something special for this past Saturday's show. They decided to bring back the predecessors of the Saturday 1-4pm time slot, the one's who laid the foundation for Rap Radio in Toronto. You have Canada's Godfather, Ron Nelson who had the Fantastic Voyage Program from the early 80's to 1989. Next is DJ X who took over from Ron and renamed it The Powermove Show which ran from 1989 until 2000. In 2000 The Real Frequency Show took over from 2004 until they landed a spot on Flow 93.5FM that aired Monday Nights. The Mixtape Massacre took over from there and have been doing holding it down for the past 7 years! A few live special guests pop by from Thrust, Click & Michie Mee with DJ Mastermind and Frankenstein also calling in... I recorded this on Saturday afternoon and was surprised to see them play that K-Force Freestyle near the end of the show which is from the CKLN Radio Rarities & Demo's I posted in the Cold Front Record Release Party Post which you can find here!

would love to hear this, any chance of a re-up of this and the old ckln rarities as well?